PBS Nova's The Ghost Particle and The Particle Adventure 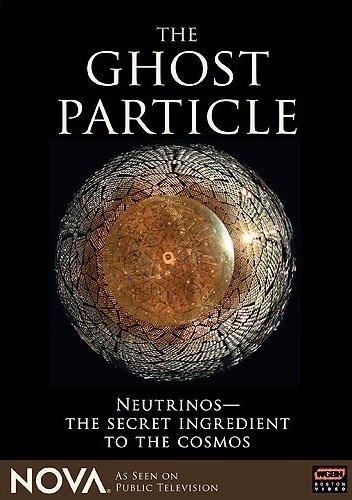 I picked this DVD of The Ghost Particle off the library shelf because it deals with neutrinos, neutrally-charged particles which were originally believed to be massless energy, but which are now believed to be the basis for all mass in our universe. Although a little dated (it's from 2004) it was short and interesting. There is a PBS Nova companion website, but I don't think it adds much to the video itself. The classroom activities involve guessing what's in a box -- good perhaps on a conceptual level, but not really "physics."

So we are working on putting together a lab in which we build a small cloud chamber to detect radiation from cosmic rays and/or slightly radioactive material (such as thorium mantles from Coleman lanterns). However, we still need a good background on subatomic particles. For that, I think I will have the kids look over a website called The Particle Adventure.

It gives information in little bite-sized portions, along with trivia questions such as:


For how many years have physicists known that there were more than just protons, neutrons, electrons, and photons? Answer: 60 years! In the 1930's physicists found muons, but hundreds more were found with high energy accelerators in the 1960's and 1970's.

(Follow-up question:  How many components of matter other than protons, neutrons, and electrons did you learn about in high school physics? My answer: None!)

In 2008, scientists found that they could generate enough X-ray radiation to take an image of a researchers finger simply by unrolling a roll of adhesive tape. As the video above shows, the trick is to unroll the tape in a vacuum. According to Scientific American:


The reason, says Camara: electrons (negatively charged atomic particles) leap from a surface (peeling off of glass or aluminum works, too) to the adhesive side of a freshly yanked strip of tape, traveling so fast that they give off radiation, or energy, when they slam into it.

In a regular atmosphere, the electrons still give off radiation, but because the air molecules slow them down, they appear in the visible spectrum.

We tested this in a dark room (so dark that you can't see) using both adhesive tape and duct tape. Peeling the tape off quickly gave off a bright blue flash, but peeling it slowly produced a steady blue line where the tape was unrolling from the roll. With adhesive tape, at least, we could create the effect again and again with the same piece of tape. It's called called triboluminescence-- the same process that creates sparks when you bite into Wintergreen Life Savers.

Our little camera wasn't sensitive enough to pick up the blue flash, but here's a YouTube video made by someone with better equipment: 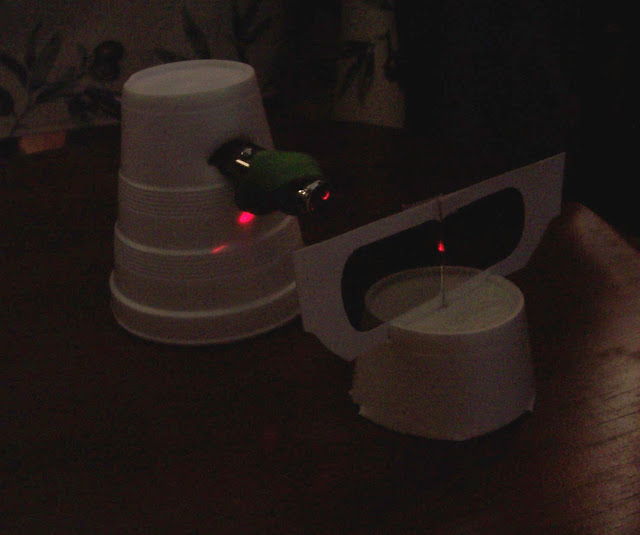 The American Physical Society is holding a contest for short videos that use lasers to demonstrate physics. I think we'll have to enter this one! From their website, physicscentral.com:

Do you love lasers? Ever wanted to unravel the mystery of the stimulated emission? Then the LaserFest video contest is for you. Take any laser you want and use it to somehow express a physics concept. Shine, lase, bounce and wave your way into physics history.

The winner will receive a trophy lovingly made by APS staff from some of our favorite laser toys as well as $1,000 cash. All entries must be received by May 16th at midnight.