LONDON — Historic manuscripts by Sir Isaac Newton, Benjamin Franklin and other ground-breaking scientists will be published online for the first time, Britain's Royal Society said Monday. The society, the world's oldest scientific institution, will release famous literature on the web that it has published in its journals over the centuries as part of celebrations to mark its 350th anniversary. The works include a 1770 scientific study confirming that composer Wolfgang Amadeus M 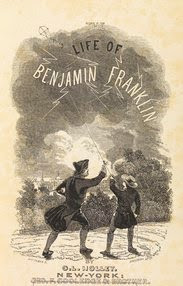 ozart was a genius and, more recently, acclaimed British scientist Stephen Hawking's early writings on black holes. Called Trailblazing, the interactive site contains 60 articles chosen from among the 60,000 that have appeared in the Royal Society's journals.

"The scientific papers on Trailblazing represent a ceaseless quest by scientists over the centuries, many of them Fellows of the Royal Society, to test and build on our knowledge of humankind and the universe," said Royal Society president Lord Martin Rees. "Individually they represent those thrilling moments when science allows us to understand better and to see further."

Newton's theory on light and colours in the 1600s, that continues to provide the basis for theoretical physics, will be published along with a gruesome account of a 17th-century blood transfusion. A paper by Benjamin Franklin, one of the founding fathers of the United States, will also be released on an experiment to fly his kite in a storm to prove that lightning is electricity rather than a supernatural force. The Royal Society will also be running events over the next 12 months to celebrate its anniversary "to inspire scientists, families, young people and interested members of the public alike to see further into science," Rees said. 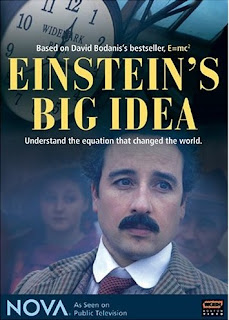 If it seems crazy to start our study of physics with relativity, then let me say that I had in fact, originally drawn up a nice teaching plan which followed a more traditional physics sequence -- motion and mechanics through December, heat and thermodynamics in January, electricity and magnetism in February -- and lightly touched on everything after classical physics in May or June. (The list of topics I made up came directly from the Physics4Kids website.) But as I began to look at the material to be covered and the possible activities we could do (some of which the kids did many years ago when a friend taught a co-op class using the book Teaching Physics with Toys), I thought about how much of this stuff I had retained from my own formal science classes in high school. The answer was, not much.

If you have been following me through our adventures with chemistry and biology, you know that I am an English major with a geeky bent who got high marks in high school science and then promptly forgot everything I “learned.” My goal is to do some interesting activities that might help my kids and I grasp some of the concepts of each science discipline with worrying about getting the “right result” or memorizing a lot of jargon. Right after I made up my traditional teaching plan, I read the essay mentioned in the post Quantum Mechanics in Middle School? And I realized that – as with biology, when we focused on microorganisms where much exciting research is being done today – what I really wanted to find out about was the new stuff being done in physics. In the few weeks that I’ve been working on putting this course together, I’ve heard several times that the theory of relativity is the basis of all modern physics. I imagine that it is the equivalent of evolutionary theory to biology – to study the subject without starting with that game-changing idea is to get a skewed picture of how the field is treated today.

All of which leads us to Einstein’s Big Idea, the PBS NOVA episode which we watched last week. I literally pulled it off the library shelf without really knowing what it was about. But as luck would have it, I think this has been an excellent entry point for our study of physics. Einstein’s Big Idea uses actors to recreate the lives of Einstein and his predecessors: Michael Faraday, Sir Humphry Davy, Antoine-Laurent Lavoisier, James Clerk Maxwell. There are also comments from living physicists and David Bodanis, author of the book E=mc2 on which the episode was based. Taking this personal approach, the show highlights something I never realized: how many women were involved in the development of modern physics. Along the names already mentioned, we meet Mme Lavoisier, who greatly helped her husband in his work; Emilie du Châtelet, math genius and companion of Voltaire; Lise Meitner, who split the atom and helped prove Einstein’s theory, but who had to leave Germany when the Nazis began persecuting Jewish scholars. And of course Mileva Maric, who gave up her own physics studies in college when she became Einstein's first wife and mother to his son. All of these women have been neglected in the popular history of science, and it was a revelation to discover their existence.

Beyond the personalities, Einstein’s Big Idea did a good job of explaining the concepts involved in a way that most teens and adults can understand, and showing how Einstein’s theory was built upon the work of others while forging a new path at the same time. I highly recommend this video to anyone who wants to begin to understand the basis of all physics today. 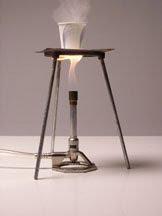 Last week the kids and I watched a great PBS NOVA episode called Einstein's Big Idea, about the discoveries which led up to E=mc2. I'll be giving my review in another post, but I wanted to mention the wonderful companion website with activities you can do at home. We'll be doing the energy activities later this week.

However, as sometimes happens, one of the activities looks too subtle to be worth the set-up involved. And in looking for another activity I could substitute to demonstrate the same concept, I found an archive of physics activities at the Arbor Scientific catalog website. I really like what the author, Chris Chiaverina, has to say about introducing science concepts using something called "Learning Cycles." It seems to describe exactly what the NOVA website activities are designed to do:

As many of you know, the Learning Cycle is an approach to science instruction developed by Atkin and Karplus in 1962 while working on the SCIS (Science Curriculum Improvement Study) project. This approach puts the phenomena first. Names and numbers are brought into the picture only after students are allowed direct contact with the phenomena. Although there are a number of variations on the theme, the essential learning cycle consists of three phases. These phases include exploration, concept development and application. The "Learning Cycle" method may be used to teach virtually any topic in physics.

Here is how Chiaverina sets up a Learning Cycle activity:

The Arbor Scientific physics articles archive is in the sidebar. If it is as good as it looks, we'll be doing some of these activities as well.

Why Does E=mc2 and Why Should We Care?

I was searching for middle school level physics teaching resources (the level I think worthwhile for general enthusiasts) when I came across this interesting essay about how to use science education to get kids actually interested in science. It was written by Douglas E. Richards, author of a series of middle school science thrillers called The Prometheus Project, and appeared on a website called EarthSky. Here's a taste:

Imagine a seventh-grade science teacher announcing to her class, “For the next week, we’re going to do something different. First, you’ll never, ever, be tested on the material we’ll be covering. Second, we’ll be talking about scientific ideas so awesomely cool that you’ll swear I’m making them up. Concepts such as Einstein’s theory of relativity, quantum physics, cosmology, genetic engineering, and nanotechnology. Amazing science that I promise will be more surprising and harder to believe than anything you’ve ever read in a Harry Potter novel.”

Do you think this would get the class’s attention? You bet it would.

Given the importance of science to our collective futures, it isn’t enough for us to teach sets of facts for given scientific topics. It’s our job to stoke young imaginations as well. To show how fascinating, surprising, and mind-blowingingly cool science can be. To show that along with the rote memorization of scientific knowledge, science is about the infinity of what we still don’t know. It’s about world-changing ideas; about experiments that show the universe to be, in the words of Arthur Eddington, “not only stranger than we imagine, but stranger than we can imagine.”

And this is something that we, as a society, are not doing as well as we should.