Because I was too busy getting over the flu this week to do any physics: 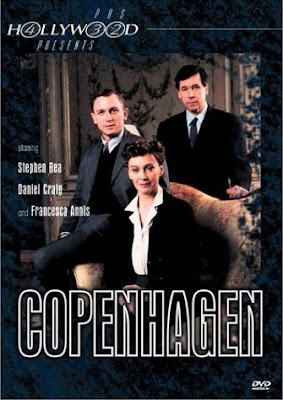 We just finished watching the PBS video of the play Copenhagen by Michael Frayn. It was a little tough going, but the kids got through it. From the PBS companion website:


Copenhagen is about Niels Bohr and Werner Heisenberg, two of the great scientific minds of the 20th Century, trying to make sense of a meeting they had in September 1941, while World War II raged around them. From the vantage point of the hereafter, the spirits of Bohr and Heisenberg, along with Bohr's wife Margrethe, are uncomfortable with the many unanswered questions from that fateful evening in 1941, most significantly: why did Heisenberg, a Nobel Prize winning physicist leading the German atomic bomb team, go to Copenhagen to meet with his old mentor Bohr, a half-Jewish Dane living in Nazi-occupied Denmark?

The website gives a little more background on the events and how Frayn shaped them into a play, as well as how the film version chose to visualize them. There's also a page of resources about Heisenberg's Uncertainty Principle, Quantum Mechanics, the Atomic Bomb and other scientific and literary aspects of the play. However, Frayn says on the website that a lot of the science was cut out of the play -- so maybe we should make the effort to read it as well. 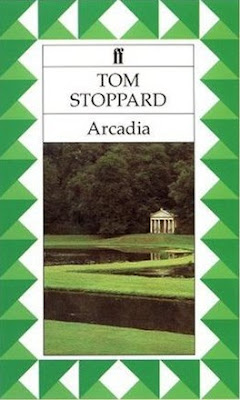 A few months ago, at my suggestion, we read Tom Stoppard's play Arcadia with our bookclub. Arcadia is less obviously about physics, and it is also funny, so I think the kids probably enjoyed it a little more than Copenhagen. Although it's somewhat bawdy, Arcadia does touch on a lot of higher math and physics. If you understand something of those concepts, it adds to the comedy. I was lucky enough to see a live performance of Arcadia by the theater department of Skidmore College several years ago. The entire freshman class read the play, and it was taught in several different departments. (You can see some essays dealing with different aspects of the play on the Skidmore website.) However, it is rarely performed, and I can't find a video of the play for the kids. Hopefully they'll get to see it sometime.

There are other plays, stories and novels dealing with physics that we may get to at some point. But in the meantime, you can see some of my other suggested literary tie-ins by clicking on the link for my Amazon store in the sidebar on the right of the screen.
Posted by Kathy Ceceri at 2:37 PM

7 Wonders of the Quantum World 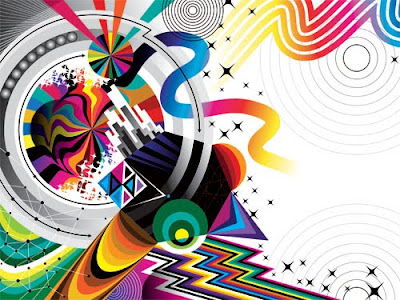 Over at New Scientist, Michael Brooks tours the quantum effects that are guaranteed to boggle our minds.

From undead cats to particles popping up out of nowhere, from watched pots not boiling – sometimes – to ghostly influences at a distance, quantum physics delights in demolishing our intuitions about how the world works.