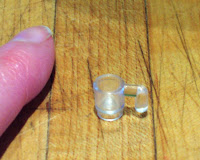 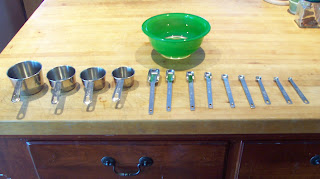 Nanoscale refers to things that are between 1 – 100 nanometers in size. A virus is about 70 nm long. A cell membrane is about 9 nm thick. Ten hydrogen atoms are about 1 nm. At the nanoscale, many common materials exhibit unusual properties, such as remarkably lower resistance to electricity, or faster chemical reactions. Nanoscience, nanotechnology and nanoengineering take advantage of these properties by working with individual molecules of material.

Not surprisingly, most Americans have a very poor grasp of nanoscience. In fact, according to NISE Net, the Nanoscale Informal Science Education Network,  many adults:
• Aren't sure whether atoms are composed of molecules or molecules are composed of atoms (they also confuse them with cells);
• Think everything microscopic is at the same scale
• Don't understand that matter is made up of particles, or believe there must be something in the space between particles;
•Believe that materials at the atomic or molecular level are simply shrunken versions of their real-world manifestations, with the same properties.

One of the ways NISE Net is working to change these misperceptions is by hosting events like NanoDays, which takes place in March. During NanoDays museums and schools around the country will hold demonstrations to explain nanoscience to kids and adults. Many of their past activities and educational materials are available at their website. Quite a few of these demonstrations are simple enough to do at home. 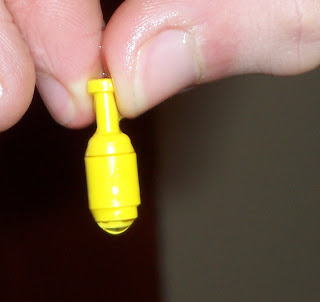 We did one very basic demonstration called Exploring Forces, which shows how the properties of materials differ according to scale using water and teeny-tiny containers. Although they weren't nanoscale, they did show -- as we saw in some of the documentaries we've been watching -- how the importance of forces like gravity change as quantities get smaller.

The experiment calls for doll-house teacups, but we used a Lego cup and goblet (natch!). After dipping the full-sized measuring cup into a bowl of water and pouring it out, we tried it with the Lego versions and found that it was harder to get the water to pour out. That's because the forces between the water molecules were stronger than gravity (this creates what is known as surface tension).

We also tried playing around with a variety of different sized measuring cups and spoons (including some very small "novelty" spoons, but only the very smallest (one "smidgen") exhibited surface tension, and only if you were very careful turning it over. However, I thought this was a fun and quick experiment to try.

Velocity Lab, Or Why We Don't Do "Real" Labs

One of the most interesting things I noticed in the PBS series Einstein's Big Idea was how the early investigators looking into physical phenomena were able to make such precise measurements using such primitive equipment and facilities. If the re-enactments are to be believed, scientists like Antoine-Laurent Lavoisier and Emilie du Châtelet were basically conducting their research in a spare room at home. It must have taken a tremendous amount of patience to gather the data that proved, for example, the principle of conservation of matter or that the energy contained in a falling object was proportional to the square of its velocity.

In this experiment, we recreated Mme. Châtelet's demonstration by dropping marbles into cups of flour from various heights and measuring how far down into the flour they sank. Although I don't usually bother recording data -- no one is particularly interested in keeping track of what we're doing besides me -- in this case I thought we'd do it "the real way," like the classroom instructions call for. But right away we had to make changes. First, we could only find yard sticks, not meter sticks. So we cobbled together a meter stick by taping a tongue depressor onto our yard stick and marking off the extra centimeters.

Next, the lab called for regular glass marbles, but we found that our results were rather random -- the marbles fell different depths without regard to what height they were dropped from. And sometimes they barely broke the surface of the flour. So we used some steel marbles we found, which tunneled into the flour an amount that could be measured.

Finally, the regular drink-sized paper cups called for in the lab were too shallow, and the (metal) marbles hit bottom and bounced back up. So I dug out some super-sized plastic cups that were about twice as tall as the original cups. 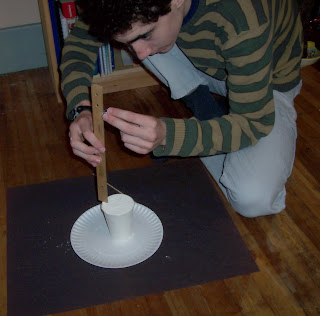 But in the end, our data was gibberish. We were simply too careless, and we didn't do enough trials to get a reliable answer. The whole experience reminded me of my traumatic days in high school science, where the top students (the ones who went onto med school, as it happens) routinely made up data to fit the expected results, so they'd get a good grade in the class.

(Stick marked in cm for measuring depth of marble)

In the three years since I began really focusing on science, I've been very proud of myself for getting nearly all the "labs" we do to work -- by which I mean they provide an impressive demonstration of the principle I'm hoping to illustrate. But I just think it's too much to ask for these demonstrations to provide useful data as well. We're not scientists, but we like watching cool things happen. I'm sorry to admit it, but it's true. 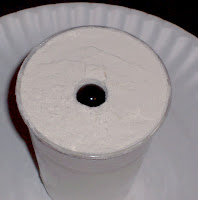 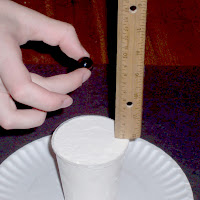 So if you're using this blog to find ideas for your own home or classroom science activities, take our example with a grain of salt. We're dilitantes with a capital "d," and we cannot be held responsible if your results vary.
Posted by Kathy Ceceri at 7:50 PM

Why Does Time Move Forward?

Just read a Tweet(!) recommending Sean Carroll's new book  From Eternity to Here. Carroll is a theoretical physicist at the California Institute of Technology who has done lectures for The Teaching Company called Dark Matter and Dark Energy: The Dark Side of the Universe. He also blogs at Cosmic Variance. Here's a video of Carroll talking about his book. If I get a chance to read it, I'll do a review.
Posted by Kathy Ceceri at 8:17 AM

In Other News, It's Newton's Birthday! 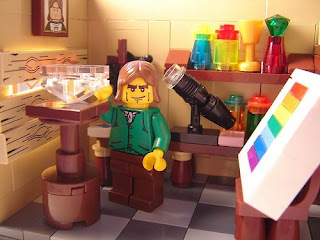 We'll be covering him in more depth soon, but in the meantime here's another physics-related GeekDad post for today. Thanks to The Brothers Brick.
Posted by Kathy Ceceri at 12:18 PM

Science and Math Collide to Find the Shape of Space 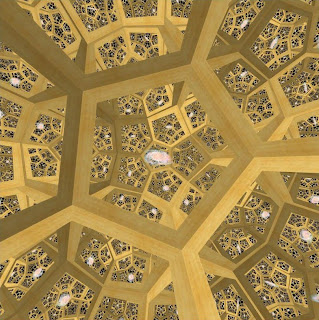 I've got a post up on GeekDad about computer games kids (and adults) can play to practice moving around in weird multi-dimensional spaces. Freelance geometer (geomatrician?) Jeff Weeks designed a 2-week-long middle-school curriculum called Exploring the Shape of Space. Several years ago I used it to put on a 1-day workshop for a group of elementary-school-age homeschoolers. I talked about the material (we had seen Weeks himself give a lecture at a local college), showed the video that came with the kit, and set up the different activities (making Moebius strips, playing tic-tac-toe on cylindrical boards, etc.) at stations around the meeting room so the kids could go around and try them all. Afterwards we gathered to talk about what they had found. It worked really well. The kit is still available from Amazon or the publisher, Key Press. Weeks has also written a high school level book on the subject.
Posted by Kathy Ceceri at 8:23 AM